Smartphone Security Tips to Help Secure Your Data and Identity

Smartphone Security 101 and the basis for how you, the user, should be taking precautions when using your smart device.

I’d like to offer a few tips on smartphone security as a follow up to my last blog on smartphone advances and challenges. Aside from the Android specific narrative, this blog applies to all smartphones including Androids, iPhones, Windows-based and Blackberries. 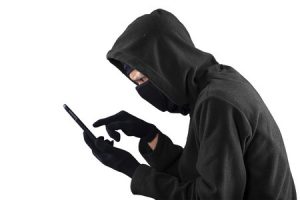 It goes without saying that physical smartphone security is paramount to overall security of your mobile and web-based data.

Leaving a smart device unattended can lead to the device being stolen, hacked into and/or used without authorization. Think for a moment about the data on your phone right now and the automatic access it has to applications and confidential information. Then think about it being accessed by someone nefarious. Pretty scary, right? Don’t take smartphone security lightly. Unsecured devices are readily accessible by hackers and can result in a huge issue for you, if stolen or accessed unauthorized.

Secondly, I still see phones that come into our lab that are not passcode enabled, which, when enabled, would restrict access to the device’s data if a person of ill intent took possession of it. This feature should be enabled on everyone’s phone and can be done in a variety of ways; from a 4-digit passcode, to enhanced security of reading your fingerprint. You can find security features under Settings on most devices.

So the above is what everyone should be doing at a very minimum for smartphone security. Moving on, it’s more about what device you use and your behavior using the device.

Andriod, iPhones and Viruses, Oh My!

Let’s start with the differences between the two leading operating systems – Android and Apple’s iOS.

Android phones are supported via an Open-source community, led by Google. The idea is to open up development to a community, rather than a sole organization, that can create applications in a free-flowing environment quickly. This enables the community to provide these developers support and source code to the Android operating system while facilitating openness and fairness among the entire community.

Apple, on the other hand, always had a stringent review process for apps and maintains a proprietary environment, by providing developers tools to create apps rather than access to iOS source code. Their App Store does provide 3rd-party apps as well but their review of the app before it is released is comprehensive and could take weeks. They recently announced a reduction in the time it takes to have an app approved for their App Store.

Taking into consideration that the Amazon app store is Android only, the total number of Android apps is 3,400,000 verses 2,200,000 for the iPhone, as reported by Statista. One would think the review process time and burden to the developer to meet Apple’s requirements is the reason that there are 1,200,000 fewer apps for iPhone then Android. I’m not complaining if it means proper due diligence occurs before an app is offered to the world. 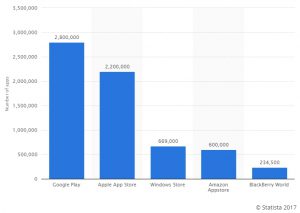 However, iPhones can get viruses as well but the risk is much higher for Androids then Apple’s iOS, with the website “Make Use Of” reporting: “Android has a near-monopoly on mobile malware threats, with some reports showing over 95% of mobile malware targeting this operating system.”

With this said, I stand-by my opinion from the last blog that it’s iPhone for me. I only had one personal experience with an Android, an LG G3, which was probably not the best phone selection to experience Andriod. The hardware itself was more the issue with constant lockups and eventually the phone was dead within a year. I quickly reverted back to the iPhone for my “go-to” smart device. All I can say is, I’m not a techno-weenie when it comes to a smartphone widgets and apps and my #1 priority is reliability. In my experience, the iPhone has not let me down in over ten years.

Okay, so what does all this mean? Essentially, the same caution applies to phones as computers: you must know what you are accessing and opening, or risk problems. Even trusted sources, like the Google’s PlayStore, can offer malicious apps. So for Androids, virus and malware protection is a serious, SERIOUS consideration. In fact, open up a browser and search for “smartphone antivirus apps 2017” and you’ll see it’s all about Android offerings.

As annoying as slowness or popups can be, it’s what you don’t know that’s potentially happening that poses the serious threat. And there are data stealing apps that can result in a boatload of privacy and identity theft issues. Here is a link of tested antivirus apps from Free to Paid Services, which is not based on ad promotion. The article and comments are worth reading as well.

You may be the Culprit 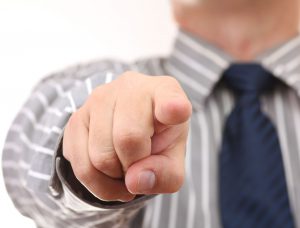 Regardless of the protection enabled, there are no guarantees, especially if you do not take additional precautions. Let’s say you forgo antivirus and can’t stay away from web sites known for including malware, spyware and viruses. IF, IF, IF you have your data backed up, you might reinitialize your phone back to factory specifications and start over. This is my only suggestion to folks who bypass precautionary smartphone security steps and access suspect sites like peer-peer streaming sites. Why spend money on protection when your behavior continues to be wreckless?

My next blog will review some of specific smartphone security issues and techniques that the “bad guys” employ to gain access to your device and data.